Candy production: why and how you should upgrade your products? 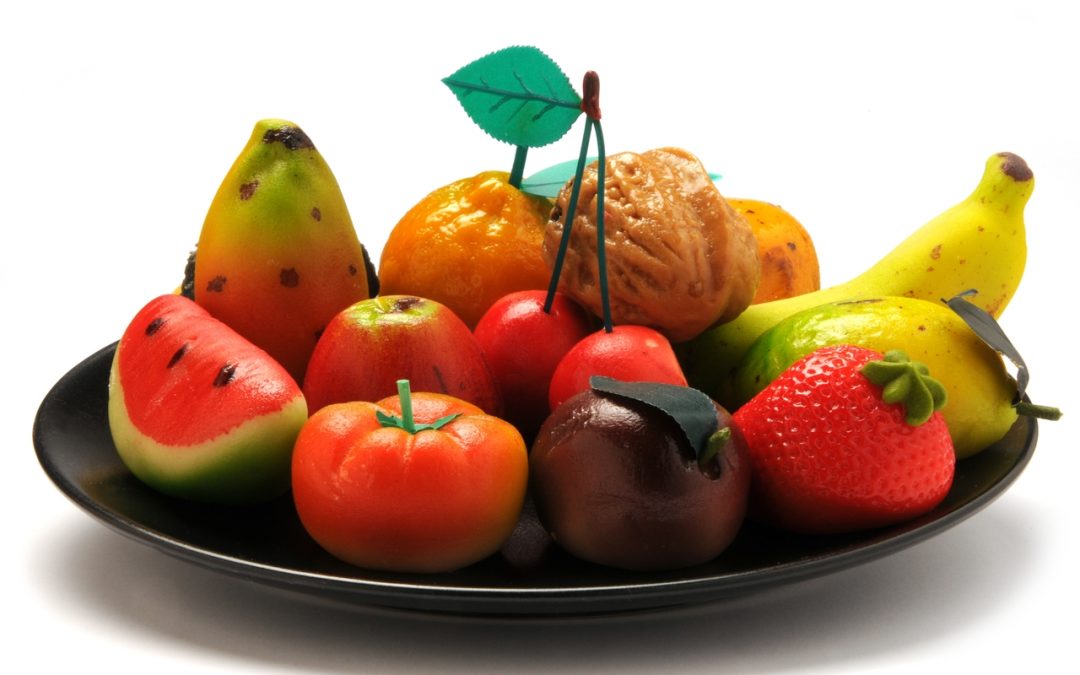 It was Christmas time and – together with the gifts under the tree – it was inevitable to find the classic tray full of sweets: gummy candies, hard candies, lollipops, candy canes and so on.

There were sweets that caught my attention in a special way. What was so special and different about them? The simple fact that they were extremely realistic. Some of those sweets looked like real fruits! Some of them even had the size of the actual fruits, but the thing that struck me most was the perfection of their shapes.

These sweets are known as “Martorana Fruit“. They are an example of creativity and mastery of the typical pastry art of the Sicilian tradition; they are especially made during winter for All Saints Day and for Christmas. This product is simple in its technological composition (mainly almond paste), but it requires a skilled craftsmanship, essential to ensure shapes and colors to be so similar to the original.

Anyway, even if these products were really beautiful and realistic, they were (and still are) extremely caloric and had a taste – perhaps – more suitable for adults. As if that wasn’t enough, they were also big and not even my most robust relatives and friends were able to eat more than two of them.

Several years after I had started working for Nuova Euromec, this concept of realistic reproduction has been coming to my mind several times. That happened as a result of a customer’s request to produce a candy with a shape similar to a real object.

The common requests for candies in the shape of animals or fruits (blackberry, strawberry, apple etc…) often lead as a result to a product that is not faithful to the original idea. In fact, all these products try to differentiate themselves by shape, or by the type of filling.

But this has never been enough to really differ from the traditional candy classic shape. We can find products that recall the concept of a fruit – or a particular shape, but they do not fully represent it.

At this point I think we need to ask ourselves some questions:

I’ll try to give you some answers, if you’ll have the patience to continue reading.

In this article you will find:

What makes a candy unrealistic?

Most of the formed candies have a central band that makes the product extremely unrealistic. In traditional forming systems, the central band is created by the pressure action of two die punches that engrave the surface of the candy. 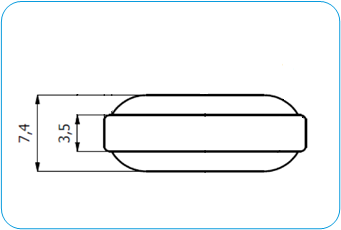 We should exclude the cylinder forming system, which has major limitations such as:

There weren’t many other options for industrial production for high quality candies, without central band. Moreover, in the market there was no pretense that a product as simple as a candy could be “perfect”.

But – as we know – times change and the market as well.

Why haven’t more realistic candies been created yet?

I’ve had the opportunity to visit a lot of production sites around the world and I have developed two main answers to this question:

For those new to this field, it would be useful to know that the current methods of forming and depositing are relatively recent in the confectionery market.

The first industrial machines used in candies production date back to the early 1900s and used very simple forming systems, often toothed wheels or cutters. They were not equipped with forming die punches – as in modern technologies – and therefore the shapes that could be obtained were quite simple as the pillow shape.

The machines were composed of many mechanical parts – which of course couldn’t take advantage of the electronic controls and sensors available today – so they weren’t flexible in shape changes and had many limits in production speed.

Simplicity in the shape of products was therefore preferred in order to minimize production problems (machine stops and waste). These problems resulted, for the entrepreneurs of the time as for those of today, in serious losses of profit.

Only between 1920 and 1950 a specific technology for the production of candies was developed. This led to more modern and flexible machines that allowed a more efficient and variegated production of candy shapes (round, oval, squares and rectangles).

In recent years, however, the continuous technological evolution combined with an increasingly precise electronics, has also allowed formed candies to move towards a process of refinement, in the search for shapes as well as taste.

As one of the most famous Italian pastry chefs (Igino Massari) says:

The man of beauty is never satiated enough

Modern consumers want products to satisfy more senses: not only the taste but also the appearance becomes essential. Nevertheless, reality and experience have led me to say that the mentality of the confectionery field has not yet changed in this sense.

It is still similar to the mentality of the 1900s and remains anchored to some dogmas:

Shapes must be simple, clean, not sharp, not prone to breakage and easy to be handled by wrapping machines.

This is justified by the fact that seemingly different and “complicated” realizations compared to the norm, lead managers to think about an increase in the risk of eventual production stoppages.

In modern industrial plants, which are almost entirely automated, this can result in significant product losses and consequently loss of earnings.

But is it really?

Is the change already underway in the candy industry?

At first glance it may seem the opposite, but evidence is clear.

Nowadays, the evolution of the technologies has allowed the realization of a clean and precise three-dimensional product without band. The 3D product is therefore not to be considered innovative, but as the normal evolution of a product that has always existed. 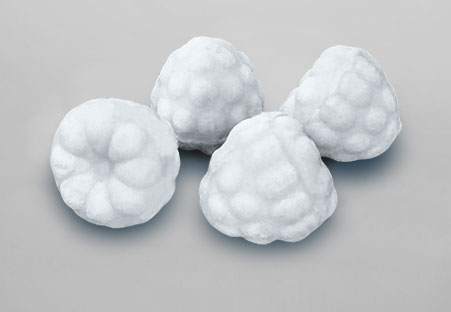 It is not innovation.

It’s the new standard from which to innovate.

But how do you reach a new standard?

Undoubtedly, like all developments in all markets and nature itself, it will take time for this idea to grow and become a true and effective standard.

In recent years, however, several companies have chosen to undertake this path and to achieve products with excellent results. Thanks to these case-studies, we have been able to rework a simple procedure to create three-dimensional products minimizing the risks of production stoppages and/or other problems.

It is therefore time to answer the most important question, namely:

How do we create a three-dimensional candy without risks?

The process to obtain a 3D product that doesn’t fail, goes through several steps:

All this, as you can see, does not differ much from the development of a classic product.

To do this you need:

The task of Nuova Euromec is to provide courageous entrepreneurs with the technology necessary to establish another standard in the market. A standard that allows the entrepreneur to really differentiate himself from his competitors. So that he can get his company recognized by his products.

Change is inevitable, it’s up to us to choose whether or not to be part of it. Some companies have already started to follow the first steps to realize these products.

For more information I kindly invite you to take a look at our website or contact us directly by filling out the following form so that you can communicate with us as soon as possible.